About Trust Our Experienced
Certified Prosthetist and Orthotist in Milwaukee

Kelsey Prosthetic and Orthotics LLC in Milwaukee is led by Brian Kelsey, a Certified Prosthetist and Orthotist. When you are searching for prosthetists in Wisconsin, rest assured Brian provides the highest-quality care and state-of-the-art technology to all patients, giving them every opportunity and support to fully incorporate their custom prosthetics or orthotics into their lives.

Brian Kelsey, CPO is our team leader and dedicated to our patients.

He sees each of our patients at every stage of care. From the first visits where many questions about what to expect and how to adapt come up, to the fittings and adjustments that ensure the most comfort, to the events that assist the complete patient; he is there.

He strives to give our patients every opportunity and all of the support they need to fully incorporate their custom prosthetic or orthotic device into their lives.

After receiving his BA & BS degrees from the University of Colorado at Boulder in 1995, Brian attended California State University for his Prosthetics and Orthotics programs. He completed his residency in both disciplines at Beverly Hills Prosthetics Orthotics in California upon which he obtained his ABC board certification in 2000.

Brian provides the highest quality care and state-of-the-art technology to all patients in need of custom prosthetic devices. 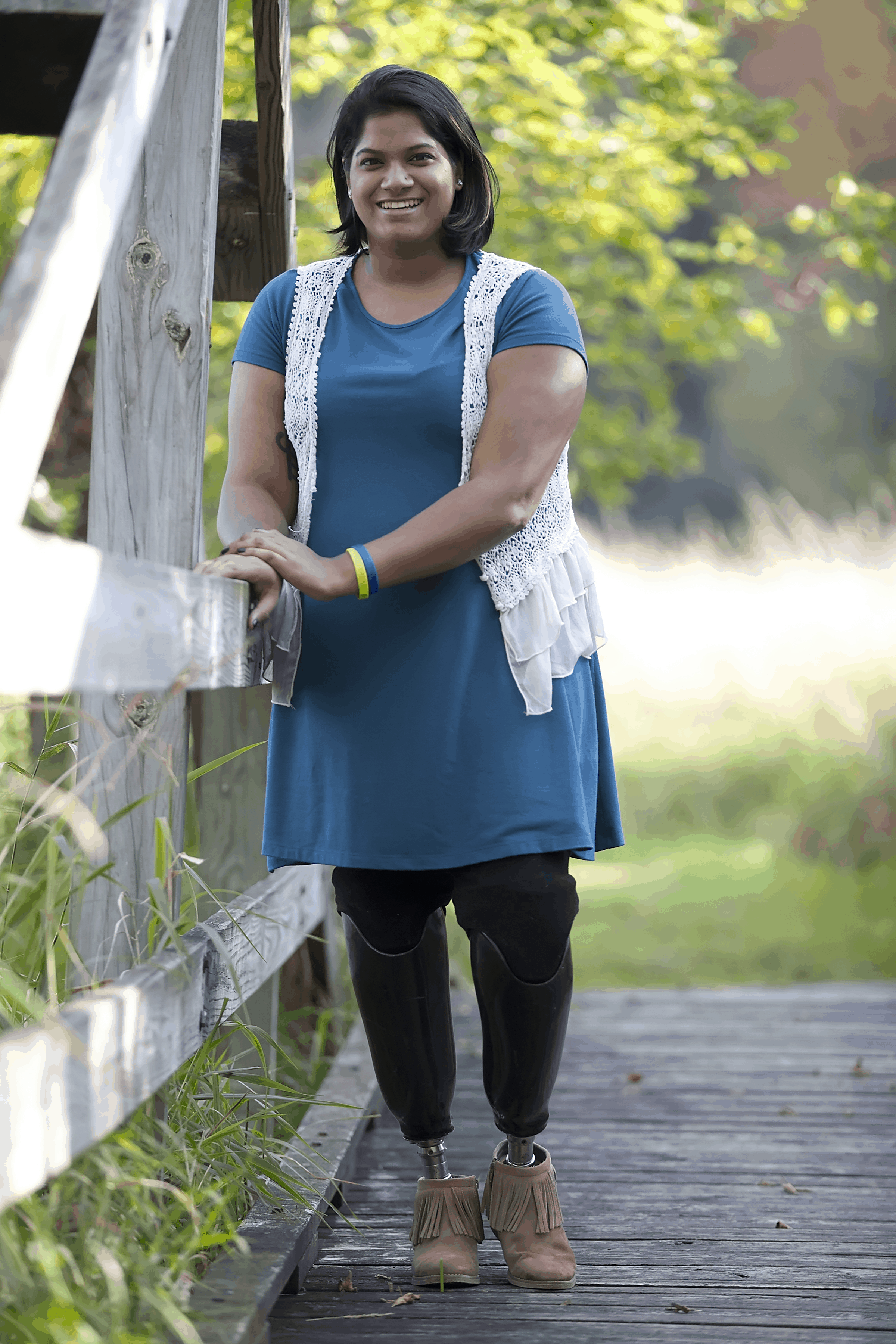 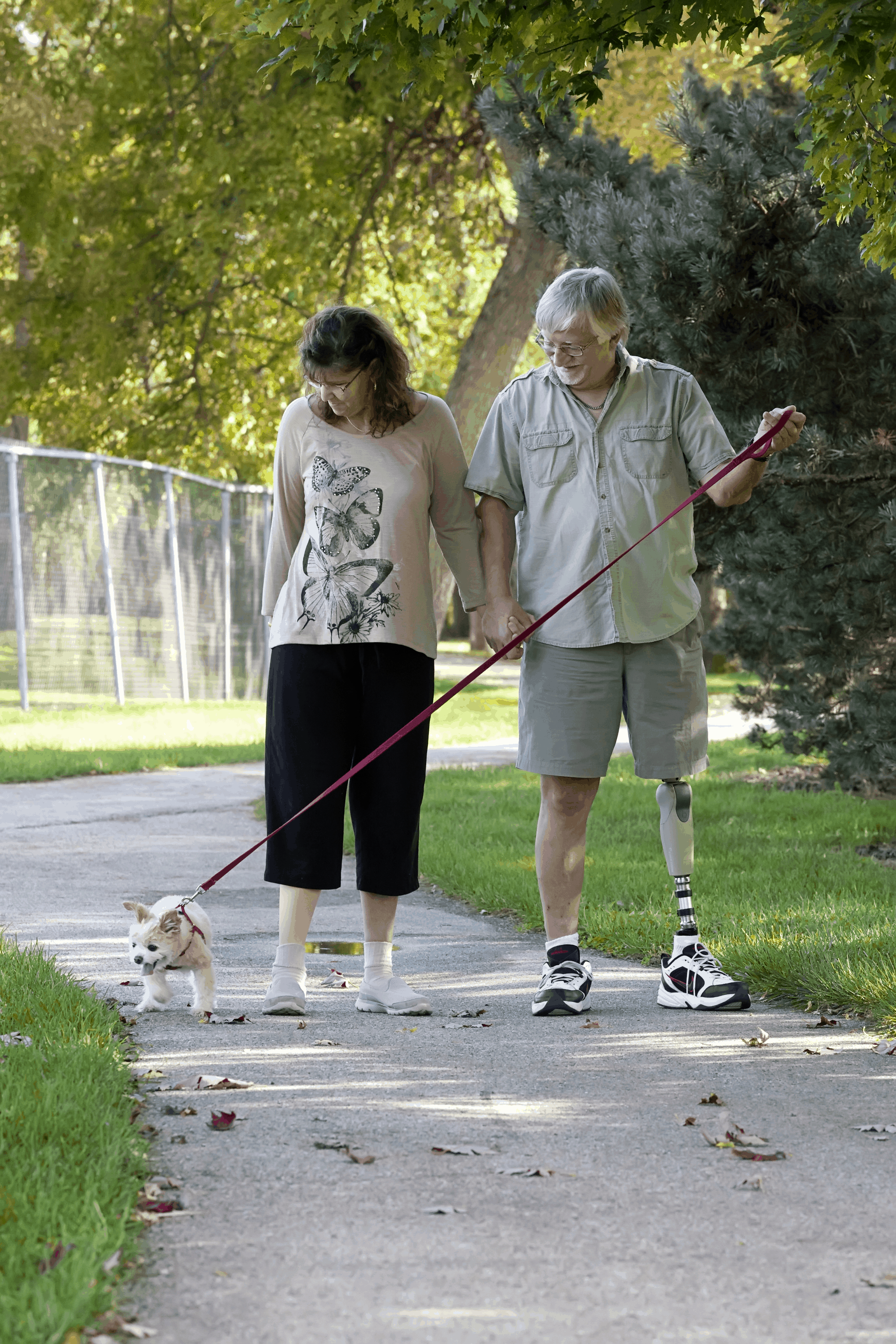 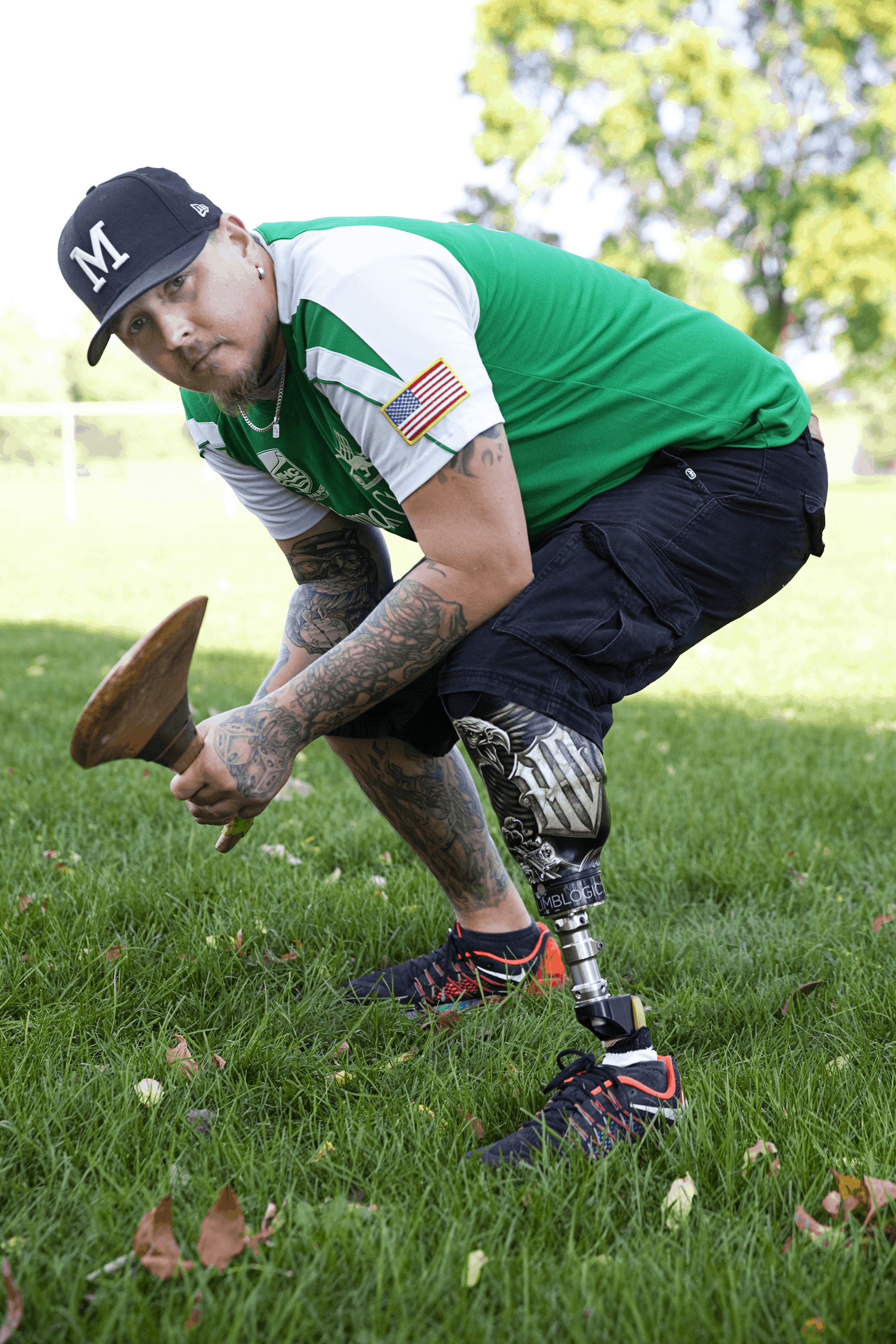 Arne Olson was 29 years old and working as a lumber inspector South Central, Wisconsin. He loved the outdoors and often enjoyed the many hunting, fishing, hiking, and skiing opportunities that the area has to offer. On March 2, 1994 his life changed forever and the active lifestyle that he enjoyed was threatened.

While performing a routine inspection at a lumberyard Arne’s right leg got trapped in the chain conveyor. His boot had caught on the lumber forcing him down to the ground as the chain grabbed the lower part of his leg. The lumber then rolled over the rest of his body.

An Emergency Response Crew arrived within minutes. They stabilized his leg to prevent further injury and Arne was transported to the nearest hospital. His injuries were very serious and he was soon airlifted to a larger hospital where an amputation of the lower portion of his leg was performed in order to save his life. Although he kept the upper portion of his leg, it was badly damaged from the weight of the lumber. The damage created challenges later on when he was being fitted for his prosthesis.

While still in the hospital, Arne was fit with a basic prosthesis that got him up and walking around. Once he was home, it quickly became apparent that the new device would not be enough. Being able to walk was great, but Arne wanted more. He determined to find a prosthesis that would help him regain his once active lifestyle. Arne tried many different prosthesis and finally settled on the Flex Foot to get him back into the wilderness. Within a year of his accident Arne was hunting alongside his brothers and their father.

Recently, Brian transferred Arne to the Vacuum Assisted Suction Socket (VASS). This new prosthesis has given him even more mobility. “The vacuum gives me a sense of security when I walk and run” he says. Arne wasn’t in the market for a new prosthesis. He had grown accustomed to the one he had for years. But, new technologies are always being developed and Brian Kelsey, CPO is dedicated to helping his patients gain as much mobility as possible.

Arne currently lives over two hours away from our office, but he doesn’t consider switching to a closer prosthetist. “What sets them apart from other practitioners is that they genuinely care about their patients, like they are family. Their number one priority is getting their patients back on their feet in a way that matches their previous lifestyle as much as possible.”

Arne uses his experience to teach himself and others the importance of attitude, determination, grace, and faith. “There are always people worse off than you,” he says. Arne shares that he has become genuinely thankful for his experience and all of the things that he has come to appreciate about life and the people we share it with.

We accept most insurance plans

We also accept VISA and MasterCard, Cash and Check